AMBITION QUEST INSTITUTE CHANDIGARH for all government competitive examinations keeps you updated with all the activities occurring around the globe. Current affairs play major role in any entrance examination. Keep yourself updated and prepared. Best of luck. 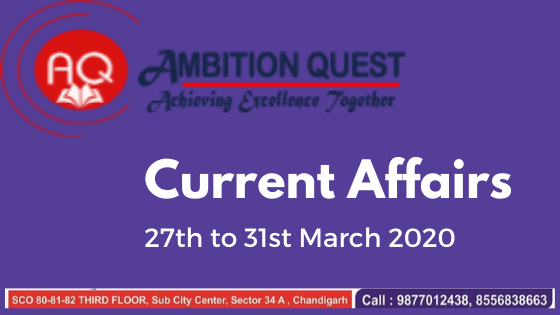 The wait is over UPSC has finally